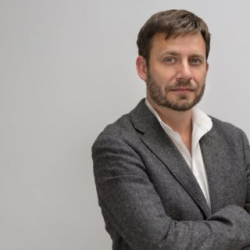 One of Wales’ leading independent architects’ practices is relocating its Cardiff office into the city centre as part of its expansion in South Wales.

Hughes Architects, which has offices in Newtown, Welshpool and Aberystwyth, is relocating its office from the city’s Wellfield Road to The Old Library in the Hayes.

The move comes nearly 18 months after the architectural design and planning consultants moved into the city.

Managing director and architect Doug Hughes, who established the business in 2001, said the move was part of the business’s strategic growth in residential, commercial and industrial building design.

“Since opening our Cardiff office we have built a strong reputation in the residential market with continued growth in new home design, extension and remodelling. We see this area developing alongside our commercial, retail and industrial architectural and planning work,” said Mr Hughes.

“Our experience in pre-planning consultation has also seen demand for our services in medium and large-scale design and planning applications and we see this as a significant area in the South Wales area.

“Cardiff and South Wales has significant potential for residential and commercial development with continued investment from private individuals and property developers and our move to the city centre provides us with improved accessibility to these markets.”

The Cardiff office is headed by director and architect Stephen Quin who joined the company in 2017 when Hughes Architects expanded from its Mid Wales base.

He is joined by Siwan Geraint, a qualified interior architectural designer, and backed up by the existing Hughes Architects team located in Powys and Ceredigion.

“We took the approach of growing our Cardiff base organically and through mainly word of mouth we have been commissioned for a range of work, predominantly in the residential market where there is significant demand,” said Steve.

“Our move to the city centre is based on the need to be more widely accessible to our existing and potential clients as we continue to develop the business.”

Hughes Architects has played a leading role in the developing planning policy as part of local government and Welsh Government consultation. It led the way in adapting creating robust pre-planning application practices when the Welsh Government introduced in 2016. It also specialises in work on listed and historic properties.