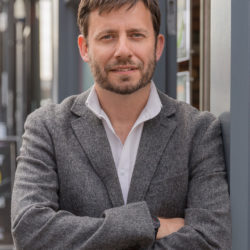 Stephen Quin has been appointed to head up the new Cardiff office of architects and building designers Hughes Architects.

Stephen, who becomes Architectural Director, joins from Scott Brownrigg where he was Project Director and has worked since 2008.

Hughes Architects is opening the office as part of a growth strategy. Its existing offices are at Newtown and Welshpool in Powys, Aberystwyth in Ceredigion, and is embarking on a move into Shrewsbury in Shropshire.

“I’m delighted to have secured Stephen as director of our Cardiff practice. He will lead on all aspects of our building design and architectural work and team in the capital.

“He has a strong track record of working on small, medium and large scale projects in residential and commercial property and knows the market and area well,” said Doug Hughes, Managing Director and Principal Architect.

“Our objective is to provide a broad range of services, from residential new builds, extensions and renovation work, through to large housing schemes and commercial developments throughout South Wales and the South West of England.

“This builds on our work throughout Wales and the borders, including Shropshire and Herefordshire.”

Stephen has worked on a range of projects throughout the UK and Europe ranging from bespoke schemes to 7,000 home strategic master planning sites.

A graduate from the University of Portsmouth School of Architecture, he began his career with a design led architects practice in Shropshire in 1996, moving to Bristol, before returning to Cardiff, where, beyond project roles, he was the local Design Research Unit champion, sustainability lead, and worked as an occasional external tutor at Cardiff University’s Welsh School of Architecture.

Stephen said: “There is a wealth of opportunity in and around Cardiff, the wider South Wales region and along the M4 corridor into the South West of England. I’m relishing the challenge of growing the practice and team we will employ here, working on projects as diverse as home extensions and new builds, through to large scale housing developments and commercial building.”

“The continued investment in the city and wider region demonstrates the continued growth and need for property and infrastructure and we are aiming to work with a range of private and public sector partners as well as private individuals.”

More details about Hughes Architects can be found at www.hughesarchitects.co.uk. 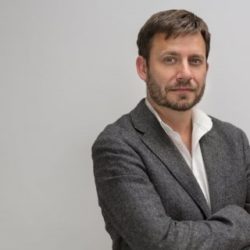