Landowners and developers will be hit by Vacant Land Tax 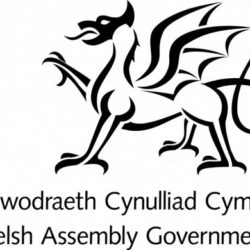 Landowners in Wales face being taxed on undeveloped plots of land under proposed Welsh Government policy.

The VLT is aimed at testing the Wales Act 2014 which gives the Welsh Government tax raising powers. The government is currently discussing the tax and has not set out a date to introduce it through the Wales Act in the UK Parliament.

A similar tax in the Republic of Ireland is currently set at three per cent, rising to seven per cent in January 2019. It has to be paid annually each year the land is left un-developed. It could also cover land identified for development in Local Development Plans, such as the Powys County Council Local Development Plan (LDP) which comes into force this month.

Doug Hughes, managing director of Mid Wales and Cardiff-based building design and planning consultancy, Hughes Architects, said a proposed tax of up to seven per cent of the market value of the vacant land could be introduced as in Ireland.

The plans come at the same time the Welsh Government is consulting on new planning powers in Wales, the Draft Planning Policy Wales, which also sets out changes to the way local authorities and the government deals with planning.

“These are two distinct policies that will affect not just businesses and developers in Wales, but private individuals too,” said Mr Hughes.

“Under the Vacant Land Tax, the Welsh Government want to introduce the levy on any land that has planning permission but has not been developed, or where it has been identified in a Local Development Plan for housing, employment or retail use amongst others.

“The idea is to use the tax to bring forward residential and commercial developments and to prevent land banking. While plausible and understandable, the tax will affect everyone from a private individual with a plot of land for a home through to a developer with plans to build a large housing estate.

“Such a tax has already been introduced in Ireland. It started at three per cent of the market value of the land in question and, this year, rises to seven per cent. There is no doubt that the Welsh Government would consider mirroring such a rate in Wales.”

Mr Hughes said anyone with a vacant plot of land with planning permission should seriously consider bringing it forward for development if the tax comes into force.

He added: “We are already working with landowners and developers, as well as private individuals on bringing forward land for development and many behind such schemes have been unaware of the proposed tax.”

Details of the planned Vacant Land Tax can be found at wales.gov. The Draft Planning Policy Wales consultation, which ends on 18 May, can also be found at the website.