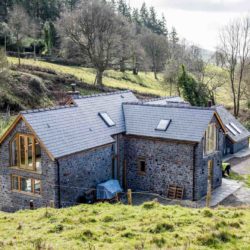 The number of residents looking to move out of populated urban towns and cities into rural areas such as Wales, Shropshire and Herefordshire has jumped by 186 per cent compared to the same time last year, research has found.

And the number of people seeking to buy and renovate properties in the same areas to suit a post Covid-19 lockdown lifestyle has increased significantly, according to Hughes Architects, a building design and planning consultancy based in Mid Wales.

The figures released by Rightmove show enquiries from people looking to move into rural or countryside areas jumped by 186 per cent in some cases.

“We’re seeing a significant trend in enquiries from people who are either already living in a rural area and wanting to extend and remodel their home, or those living in towns and cities who have purchased or are looking to buy a property and want advice on developing the houses,” said Doug Hughes, Managing Director and Principal Architect at Hughes Architects.

“During the summer we received several instructions from new clients looking to convert stone and timber-framed barns. This isn’t out of the ordinary, but there’s been a noticeable increase in enquiries.”

He added: “We’re not just talking about people moving for larger cities, such as Birmingham, Manchester or London. Many people already living in the region are seeking to move or to build properties outside the more urban county towns.

“The lockdown has made people realise how much living space and accommodation is important. When you’ve had to spend so much time in your home, particularly if you’re home working, you need to maximise the space you have.”

Mr Hughes said conversions and extensions can make a significant difference to a property, as well as increasing their value if designed correctly.

“We’re not talking about small single floor extensions, although there has been demand for this where space is permitted. But we’re seeing many people looking to significantly remodel their homes with dramatic changes to internal space through the addition of first and second floor buildings and event complete rebuilding where it’s more cost effective.

“In addition, people are seeking properties in the region that have potential for development. So, smaller two or three-bedroom properties are being considered where large amounts of floorspace can be added.

“This can sometimes be more cost effective than building from scratch as you have an existing property to work from that has planning permission. Extending and remodelling it, if undertaken the right way, can often be accepted more easily through the planning process.”

According to Rightmove, residents contacting estate agents rose by 126 per cent across the UK in June and July compared to the same period last year. An example was where enquiries from people living in Birmingham for countryside properties jumped by 186 per cent.

More details about Hughes Architects architectural building design and planning services can be found at www.hughesarchietcts.co.uk, email enquiries@hughesarchitects.co.uk or telephone 01686 610311.

Hughes Architects has offices at Newtown and Welshpool in Powys and Aberystwyth in Ceredigion, as well as working in Cardiff and throughout Wales and the borders. 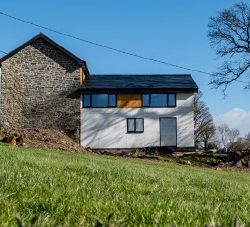 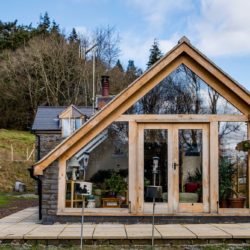 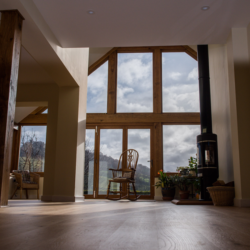 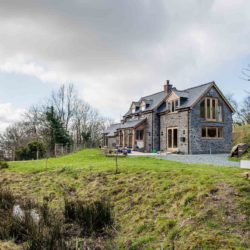 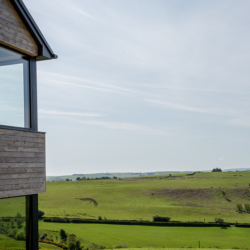