Why a “really thorough understanding” of heritage assets is needed 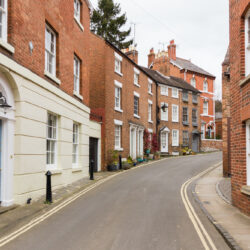 Planning can be complex in its simplest of forms. But when it comes to conservation architecture and listed structures you’ll find yourself in a minefield. That’s why it’s always best to instruct an architect or planning professional to take you through the process.

That’s why we here at Hughes Architects were very interested in recent comments made by the new appeals chief of the Planning Inspectorate (PINS) in England on the understanding that ‘decision makers’ in the planning process have when it comes to making decisions when handling historic environment planning application.

In a report this week in Planning magazine, they reported on a webinar involving David Morgan, the new professional appeals chief at the Planning Inspectorate.

Below is part of the piece. You can read the complete article here.

Planning decision-makers should ensure they have a “really thorough understanding” of heritage assets when handling applications, and an “honest approach” should be taken to assessing the “magnitude of harm” arising from development proposals that affect such assets, a senior member of PINS has said.

Speaking last week during the regular Have We Got Planning News For You webcast held by barristers from across the planning bar, David Morgan, the new professional lead for appeals at PINS, was asked about any lessons he had learned in terms of the handling of historic environment applications that could be of use to practitioners from the public and private sectors.

Morgan said that the “very heart” of decision-making around such applications lay in “a really thorough understanding of what it is that you’re dealing with”, adding: “What is the significance of the asset in all its nuanced forms and where its special interest lies?”

He added that, “if you’re aware and confident about saying what value this has, or what element of it expresses a particular constituent of value, then it makes the actual understanding of the effects of a proposal upon it easier”.

Morgan explained that having a deeper understanding of a heritage asset could make it possible to “intervene significantly to a high graded asset where the capability for accommodating changes is quite great because you know the sensitivities around it”.

He said the “classic example” was the removal of a Crittall window in a 1930s wing of a Grade I Georgian house, where the “significance of that wing is actually a relatively limited experience and if the proposal is to put something back, that is commensurate with that, then you’ve not got a problem. So that understanding and confidence in understanding unlocks a huge amount”.

Morgan also stressed the need for “an honest approach to the magnitude of harm”. He said that quite often this was polarised between a council or third party arguing that an application would cause “monster” or “off the scale” harm, and an applicant arguing that the proposals would cause “only a scratch”.

Elsewhere during the interview, Morgan was asked whether the new design code regime would mean that PINS would need to recruit “more architects and more urbanists to sit as inspectors”.

Morgan said he believed that this would be the case. “We’re going to have to be making decisions that really do register a deep and clear understanding of aesthetics in relation to the built environment”, he said.

However, Morgan also said that PINS was “going to need to be creative about how we can utilise the skills we’ve got and ensure that they can grow and meet the growing demands, whatever they may be”.

Morgan was also asked about the future of “blended events” – hearings and inquiries heard using a mixture of online and traditional physical meetings.

He said that PINS was “very much in the middle of trying to figure that out”, adding that there was a “clear direction of boots on the ground, going back to live events, but there is also a clear recognition that there is significant value in the digital realm”.

He said the introduction of some form of “fully resilient blended process” was “still some way off”, but that he saw “all elements of these approaches” being “present to greater and lesser degrees depending on the circumstance”.

Morgan stressed that “research and consultation” carried out over the summer would steer future thinking on this. 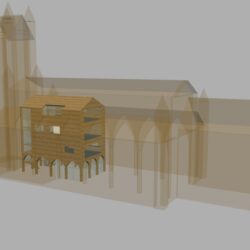 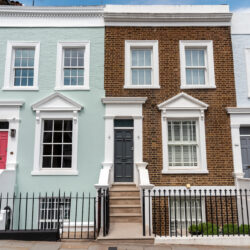 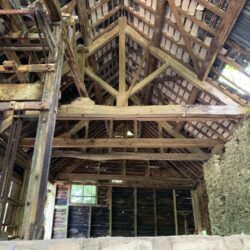 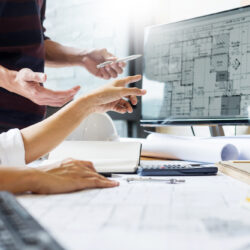