25 per cent Vacant Land Tax could be introduced in Ireland 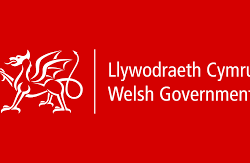 With landowners and developers in Wales still awaiting the fine detail on the government’s plans to introduce a Vacant Land Tax, there are plans in Ireland that could see some landowners having to pay 25 per cent of the commercial value of their undeveloped land.

The Welsh Government announced in February this year that it planned to introduce the VLT as part of the Wales Bill. No detail has been given, other than it would be placed on any undeveloped land with outline planning or that has been identified for development with a Local Development Plan.

Ireland introduced such a tax last year with a 3% levy. That will jump to 7% in the coming months. It is understood the Welsh Government is closely watching the impact of the Irish tax.

A number of politicians in Ireland are now attempting to introduce a 25% tax on developers “hoarding land.”

The Irish government says it will not oppose the plan which would have to be voted by TDs.

Under the plan, the levy would be introduced on sites deemed vacant if planning permission exceeds 12 months or if work is not completed within 36 months.

Here in Wales, the government is yet to reveal how much the tax will be or a timescale for its introduction, although it is anticipated the government will attempt to have the Bill passed in Parliament for next year, allowing the Welsh Government to introduce it soon after.

Doug Hughes, managing director and principal architect at building design and planning consultancy Hughes Architects has previously stated: “While the specifics are yet to be set out, it would be wise for anyone with such land to consider moving forward with the development. Whether it’s a small dwelling, agricultural buildings or larger developments, it makes sense to seriously consider moving forward or face the tax burden around the corner which could also affect the viability of a development project.”

He added: “We are already working with landowners and developers, as well as private individuals on bringing forward land for development and many behind such schemes have been unaware of the proposed tax.”