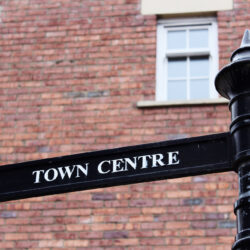 Planning regulations in Wales need to adapt and change quickly to the current economic situation in order to support the future of town centres and communities throughout the country, according to a Mid Wales architect.

The UK government has already made significant changes to planning regulations in England to make it easier to change of the use of commercial properties in town centres and Wales needs to follow suit, according to Doug Hughes, Managing Director and Principal Architect at Hughes Architects,

The reduced number of classes of use in England allows for greater flexibility in the use of commercial premises without the need for planning approval. He said similar changes should be introduced in Wales to ensure buildings in town centres could be repurposed faster.

He said: “In September last year the UK government implemented changes in England to the use class system. This included a new Class E which brings together a variety of uses for a building under a single class, instead of multiple classes.

Properties can be adapted quickly

“It means it is much easier for town centre commercial properties to be adapted quickly for a new business as planning permission is not needed. Previously, changing from retail to a restaurant, or an office to a fitness centre meant applying for change of use through the planning system.

“Now, when one business moves out, another in a previously different class can quickly and easily move in, ensuring the building remains in commercial use without long delays.”

The new Class E, introduced on 1 September in England, brings together classes for services including:

“This would make a huge difference in market towns and larger towns in Wales where there are many different types of commercial buildings in mixed-use. Retail and other sectors are being hit hard during the Covid-19 pandemic. We need to support our town centres to remain vibrant places. This is one way of ensuring that,” said Mr Hughes.

He cited towns such as Newtown, Welshpool and Aberystwyth in Mid Wales, where the architectural and planning practice has offices, as typical examples of communities that would benefit from such a move.

“It goes without saying that town centres now need a rethink. One head of planning confirmed to us that in his view, “plans are no longer about policies and simple 2-dimensional documents are a thing of the past.” Town centres now need to have a proper strategy for growth.”

However, he warned that with the expected publication of the Welsh Government’s National Development Framework later in February, which sets out planning policy and guidance to 2040, local economies could be hit unless adaptations are made.

The framework’s consultation ended in November 2020. A final document is expected to be published on 24 February.

“It’s imperative that the Welsh Government and local authorities acts quickly to protect our commercial town centres and their economies. In turn, this will support the wider communities, both economically and socially. There is no time to waste.” said Mr Hughes. 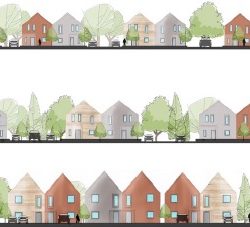 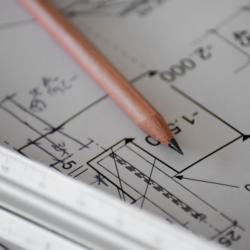